Ramallah - 12/07/2018 - The Palestinian Central Bureau of Statistics (PCBS) received an international award (Special Achievement in GIS (SAG) Award) from the Environmental Systems Research Institute (ESRI) for its outstanding work with GIS technology in serving the Palestinian Society. It is noteworthy that PCBS was selected out from more than 100,000 institutions worldwide for using GIS technology in conducting its Population, Housing and Establishments Census 2017 and establishing a geospatial platform for monitoring the sustainable development indicators 2020.
The SAG Awards were presented to the winning institutions, among of which PCBS during the Annual ESRI User Conference that was held in San Diego, USA, during the period 09-13/07/2018, where PCBS delegation demonstrated its experience in implementing the census using GIS technology as well as establishing a platform that links sustainable development indicators with geospatial data through using modern applications produced by ESRI.
The platform that was developed by PCBS is considered one of the advanced tools to be used in measuring and monitoring the sustainable development indicators including its geographical dimension, especially since PCBS has the largest computerized data in its geographical dimension in Palestine after achieving the Population, Housing and Establishments Census 2017 using modern GIS technology. The platform was achieved in technical cooperation between the Cartography and GIS Department/PCBS and the Good Shepherds Engineering Company - ESRI Authorized Distributor in Palestine.
PCBS received this distinct award as a result of its ongoing efforts and achievements through the perfect use of GIS technology over the past few years. This achievement wouldn't have been materialized without PCBS hard work towards development.
Mr. Jack Dangermond, President of the Environmental Systems Research Institute (ESRI), today handed the award to Ms. Nafir Massad, PCBS Delegation, on behalf of H.E. Ms. Ola Awad, President of PCBS. 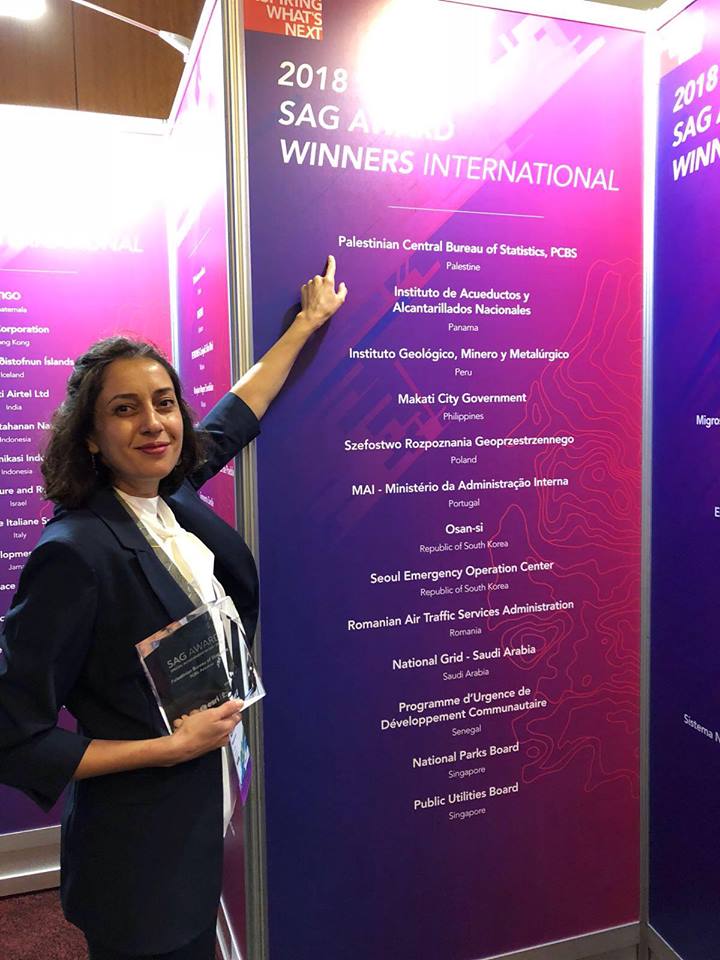 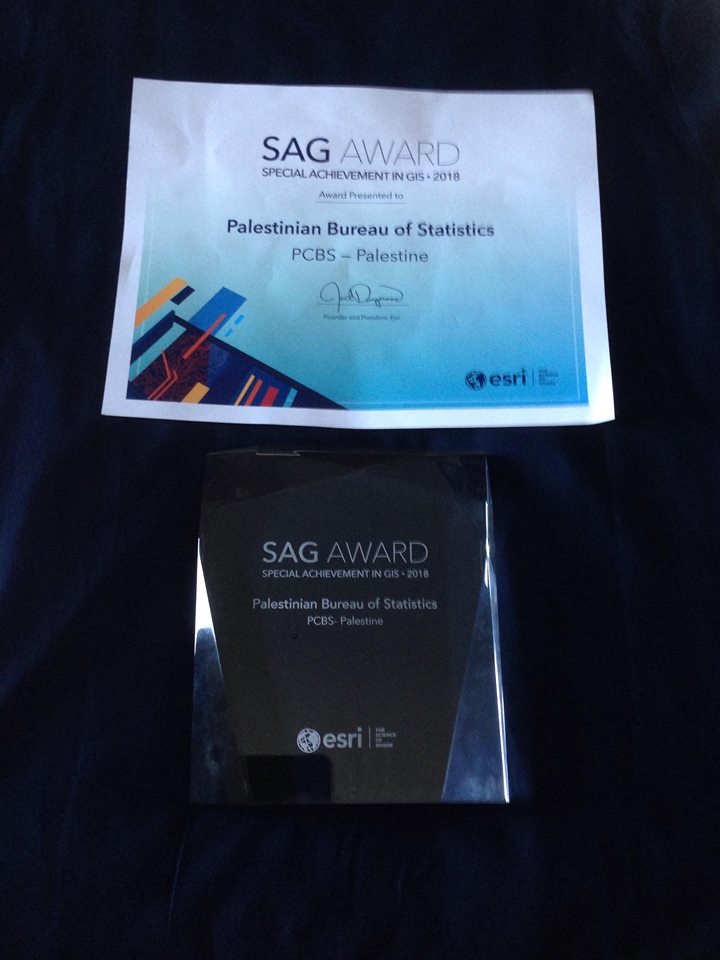 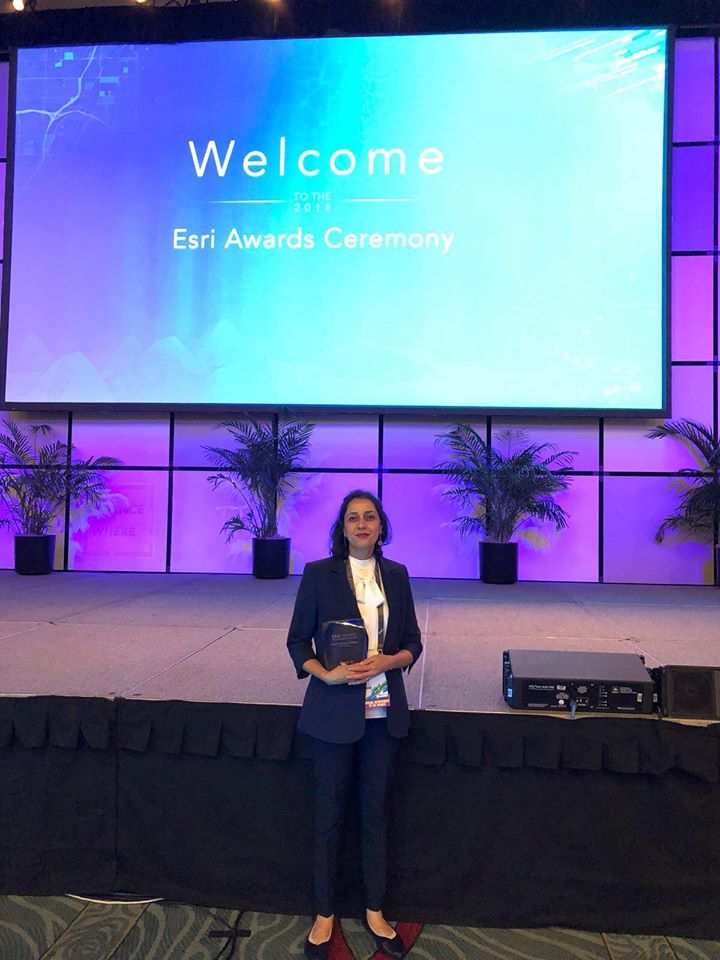 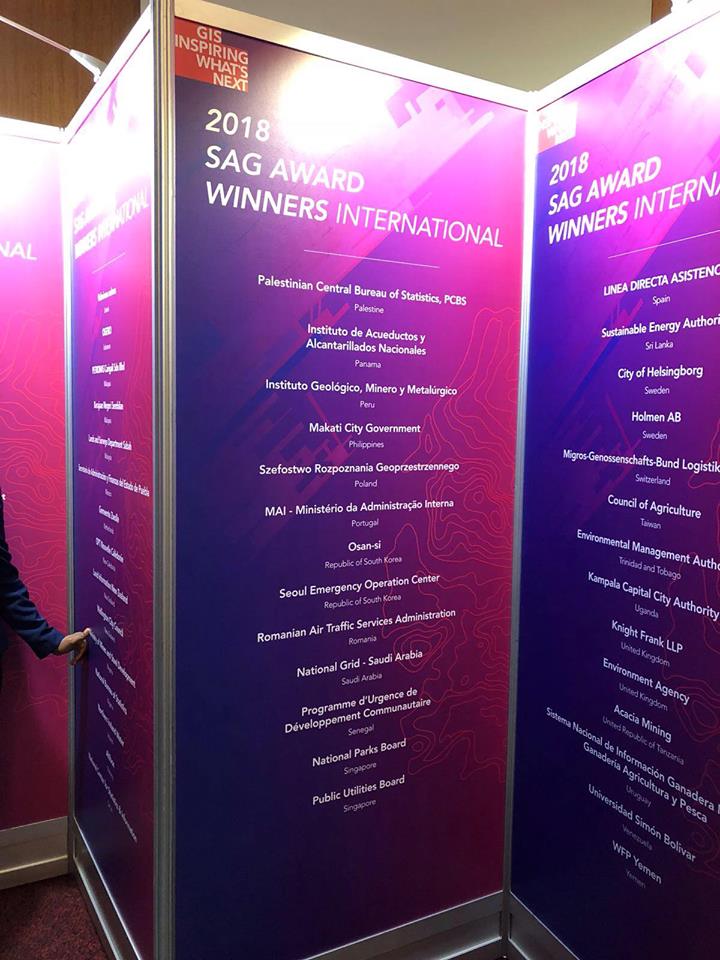 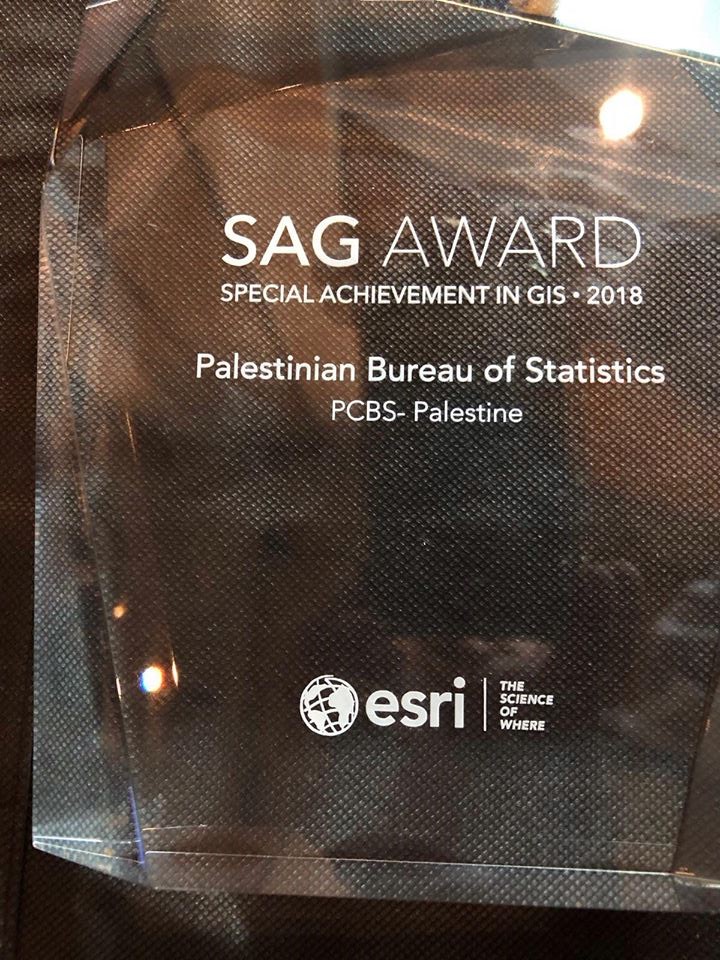