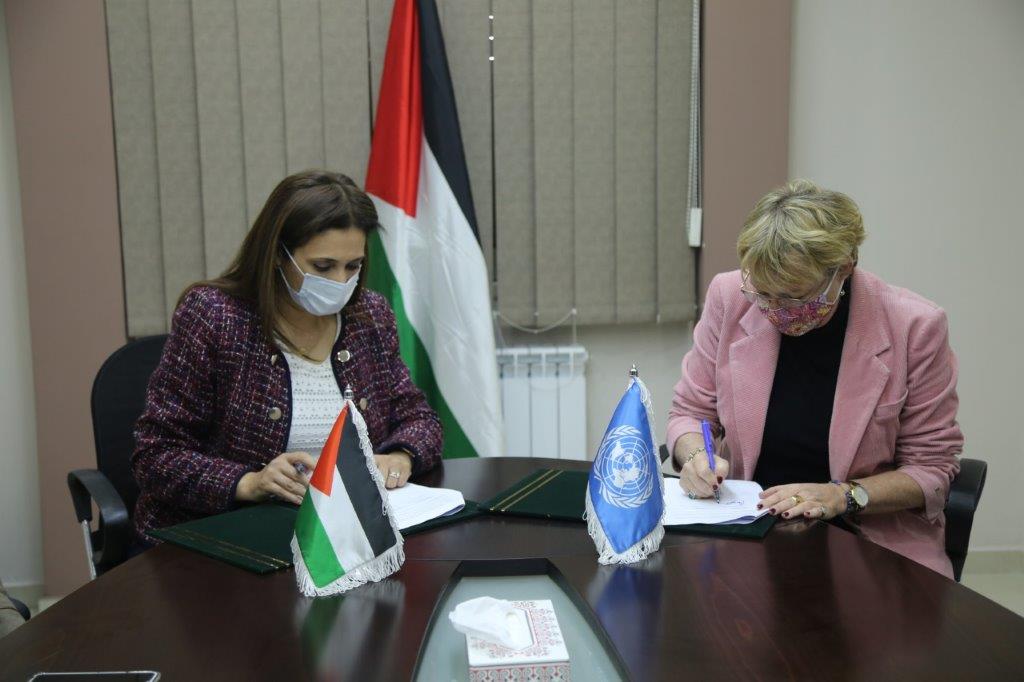 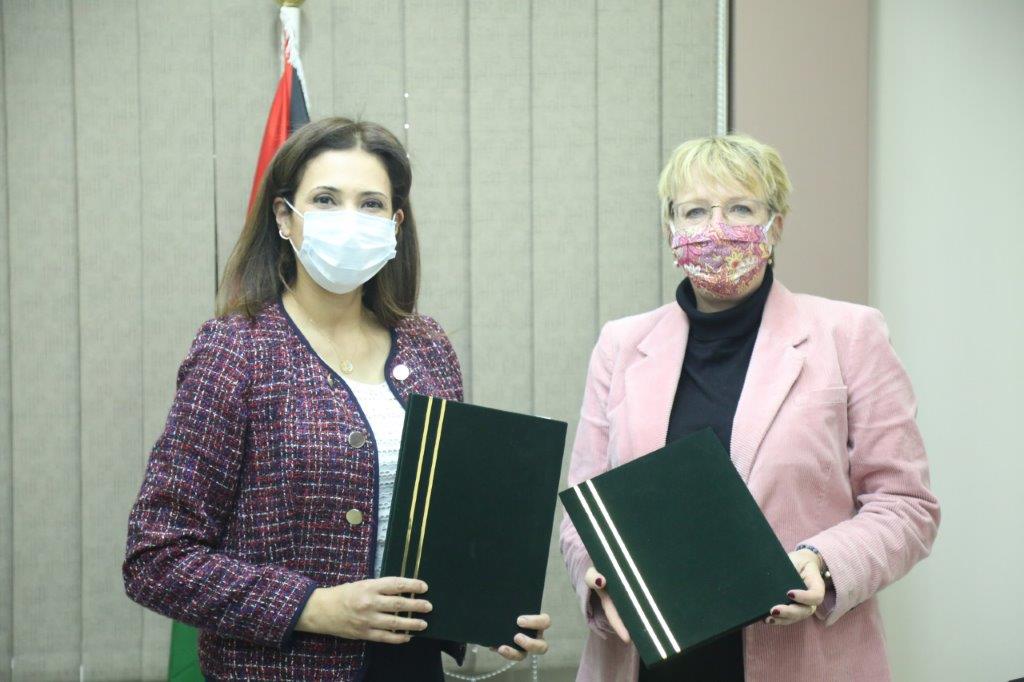 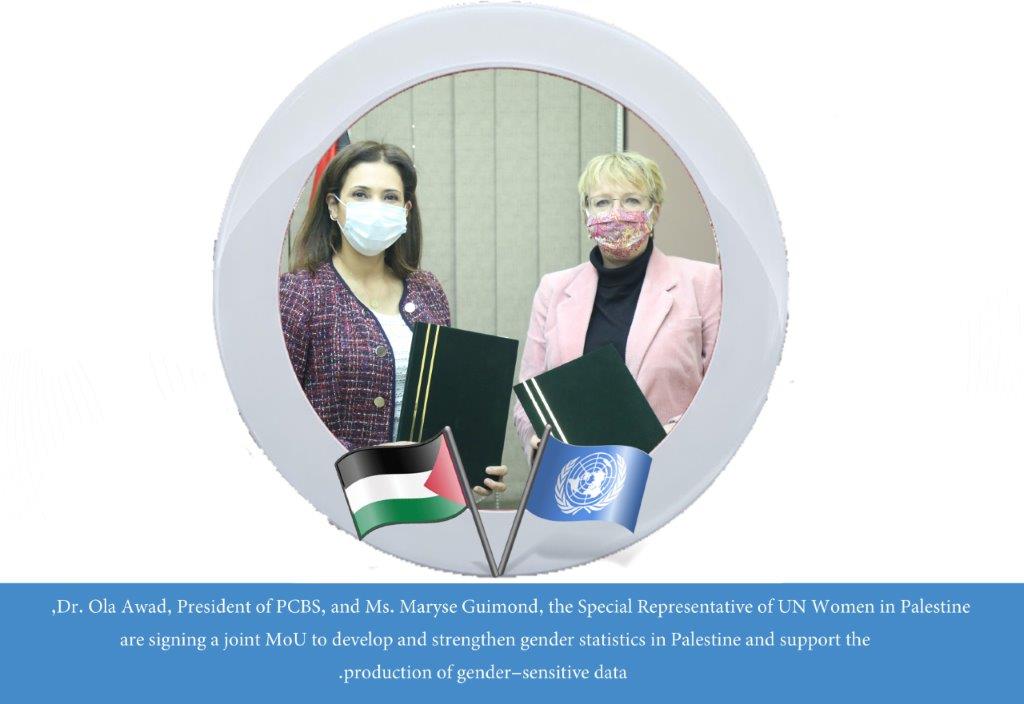 Ramallah, 24/02/2021 - UN Women and the Palestinian Central Bureau of Statistics (PCBS) signed a memorandum of understanding (MoU) aimed at developing and enhancing gender statistics in Palestine and supporting the generation of sex-disaggregated data to serve policy-making, as well as implementation and reporting on international commitments including the Sustainable Development Goals (SDGs), and women’s human rights treaties, conventions and resolutions.

The agreement seeks to enhance the generation and dissemination of gender statistics and work towards gender mainstreaming of all statistical activities within the Palestinian Central Bureau of Statistics and the National Statistical System to better inform planning, policy and decision-making on gender equality and the empowerment of women at the national level.

“Enhancing the gender statistics in Palestine and supporting the generation of gender equality and women’s empowerment data to serve policy-making and enhance our implementation and reporting on gender equality is a priority to PCBS,” said Dr. Ola Awad, President of the Statistics Bureau. "This cooperation also confirms the strong belief and trust of UN Women in data and statistics as a key tool for evidence-based decision-making and a driver for change," she added.

UN Women Special Representative in Palestine, Maryse Guimond, emphasized that the agreement is established on a long-standing partnership between the PCBS and UN Women, aimed at enhancing gender statistics in Palestine to inform policy and decision making and ultimately improving the situation of women and girls in Palestine. “This partnership will pave the road for an evidence-based in-depth approach to meeting the Beijing Platform for Action’s recommendations 25 years after its adoption and achieving the SDGs while leaving no Palestinian women or girl behind,” she said.